OK here is the full story, as you may well notice Lisa is unable to perform this task, so it is left up to me!!! (Insert Dr Evil laugh here!)

It was around 12:30am when Lisa woke up and told me that she was having pains and that she couldn't sleep through them. At around 2:45 she decided she had had enough of lying in bed and decided to get up and do the house work!!!

At 6am Lisa had a bath, the contractions were getting more frequent and stronger. We rang the hospital at 7 and were told to come in when we felt we needed. We were joined by Lisa's parents at around 8.

We headed to the hospital at about 8:30 and were put into a lovely big room. The midwife we had was ready for a quick labour, getting everything ready!! We thought she was dreaming!!! Lisa jumped in the shower, not literally jumping in the shower to bring it on, but having a shower to ease the pain. After about 30-40mins, yes there is still a drought, the midwife checked her progress. 8cms dilated but membrane intact.

Lisa then hopped in the bath, yes we used enough water to supply a small drought ridden town, like she had wanted all along.

But 3 contractions in she wanted to start pushing, the midwife checked Kobe's heart rate, and it was down, so she had to get out of the bath and onto the bed. Out of nowhere there were Doctors and nurses everywhere, well 6 to be exact. Kobe wanted out and he wanted out then and there. The main Dr checked Lisa over, not in that way, but her condition. She was fully dilated so he broke her waters. Within three pushes Kobe's head was out, his cord was around his throat, so the Dr removed it and within two more pushes he was out.

For the fourth time all the pain relief Lisa had was gas, she did a wonderful job, proving not only have a strong will, but a strong pain threshold. She is a wonderful, wonderful women who is soo strong and inspiring. But enough of the schalmtz, back to the story!!

We then spent some bonding time with him, I rang Jay and Harri, Noah didn't want to talk to me. Then Lisa's mum got on the phone and I then rang my parents. The were all very excited!! 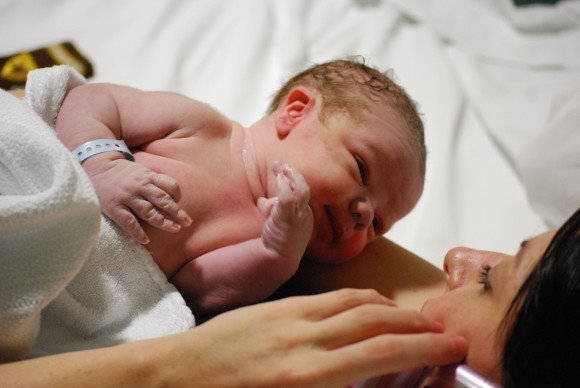 Kobe thinking, I just arrive and your already on the phone!!!! 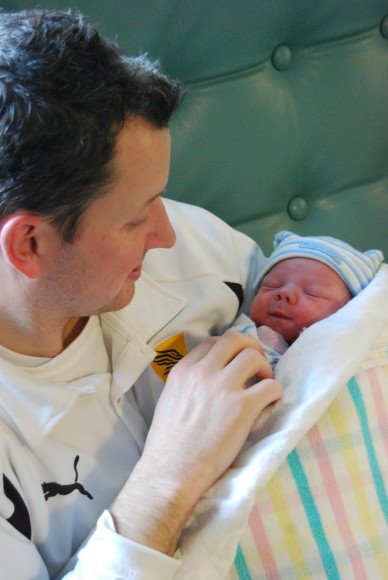 I went home after a few hours to pick the boys up so they could meet the newest member of the family. Supposedly Jalen had had some happy tears before I arrived, but he was very pumped to see Kobe, he made him a lovely card. Harri wasn't to fussed, but finally called him Kobe and not Barry!!! When we arrived back, Jay was fascinated with Kobe and had a big cuddle, Harri had a small one and Noah was still a bit crabby (unwell). 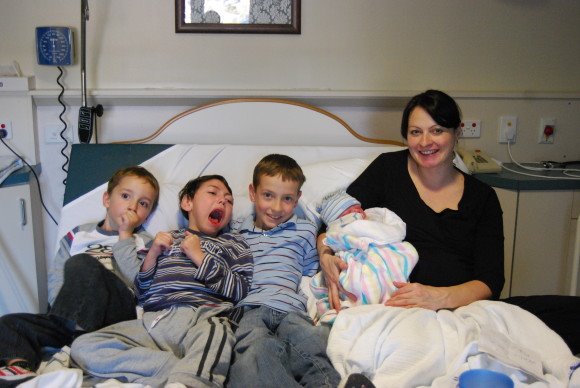 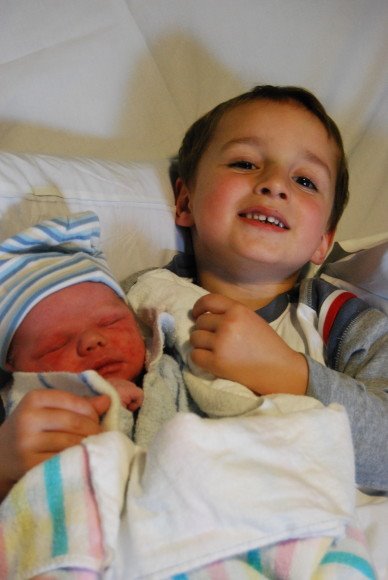 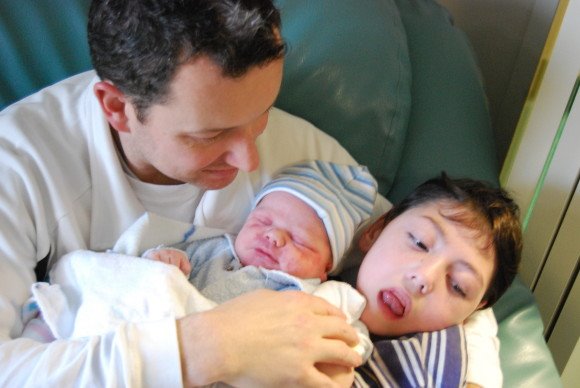 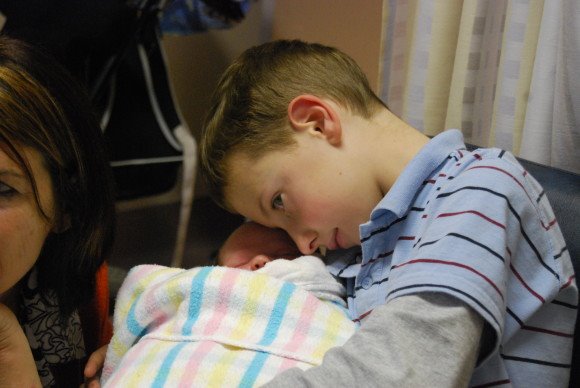 Around 30 minutes later we were transfered to the Maternity Ward. Jalen was still all over Kobe, but all Harri wanted was Kobe's Buddy Bear!!! We had visits from Grandma & Grandpa, Aunty Becky, Pip & Oliver, Bec, Tone & Annie and Claire, which was great. We received numerous text messages, phone calls, emails, posts. . . etc. thanks to all!!! 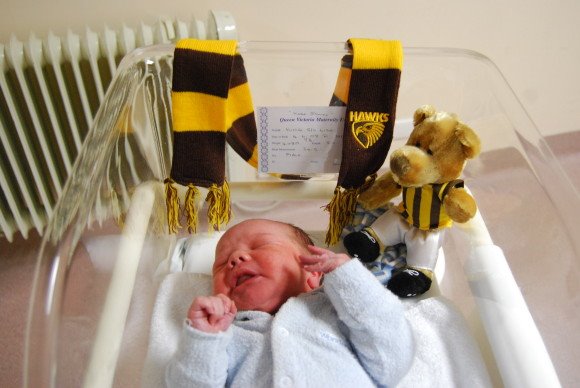 Kobe is ready for Saturday Night's big clash with the Bombers!! 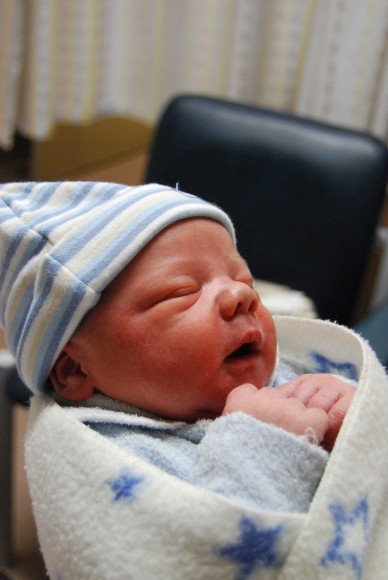 Kobe and mum are doing well, if all is OK Lisa wants to come home tomorrow afternoon!! Kobe is a sucker and knows what to do!!

PS. any spelling/grammar mistakes, I'm sorry I am a maths teacher! Plus I am the Anti-Blogger, just filling in for the Blogerazzi!!!!!!!
Posted by The Kings at 12:04