June was a big month with four birthdays in our family - two in Heaven and two on Earth.  Kobe was so excited for his early in the month and picked out lots of books that he wanted.  I bought him some other presents, but he was so excited about the books which was cute. 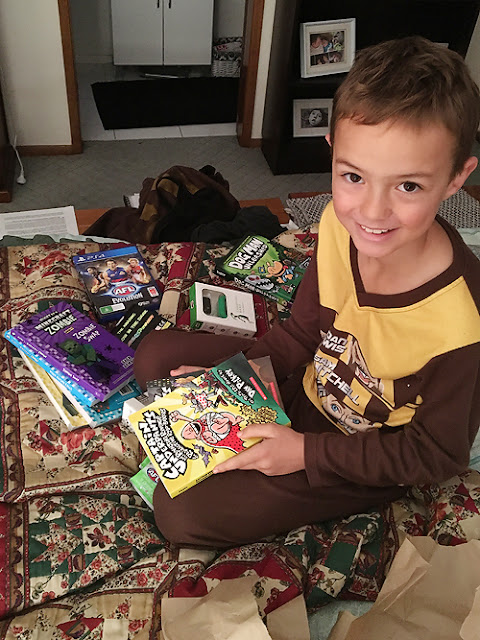 His birthday was on the weekend so he was happy that he didn't have to go to school.  He asked for pancakes for breakfast. ﻿ 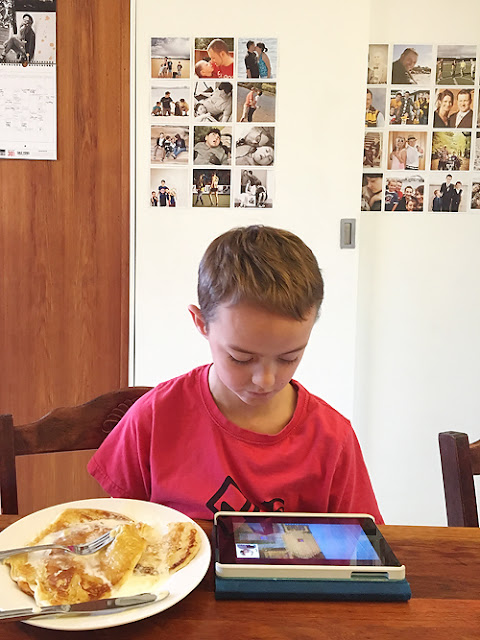 He was happy with an ice cream cake which was great and easy for me.   ﻿
﻿ 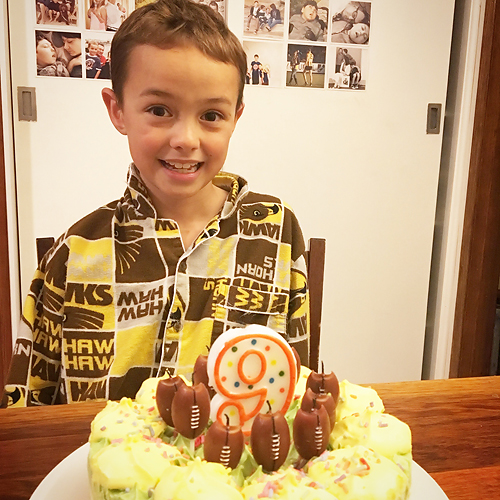 It was my birthday on the 17th and it was a really hard day. The day before I just felt really sad and angry about everything, and almost sent my friend Simone a message to say that I didn't want to do anything for my birthday, as I just felt like hiding away.

The boys could see how upset I was (me yelling and saying how over everything I was didn't help - definitely not Mother of the Year this year!) and I felt sad as Harri was so upset about it and said he didn't want me to have a bad day like I did on Mother's Day.  I told him that it wasn't his fault and that I was sad, but that it's okay to be sad sometimes.  I could tell he was really stressed about it so in the end I just told him I was okay and that I would have a good day because I didn't want him to worry.

I think what I was the most upset about was that I feel like I  have to keep going and going for the boys all the time and sometimes I'm just so emotionally and physically exhausted with it all, and I felt like my birthday should be the one day when I should be able to just shut off and do (or not do) what I want to do without having to stress about how the boys are feeling.

But as a Mum I can't.  I can't just switch off because my actions and thoughts affect the boys so much.  I try to teach them that it's okay to have a bad day, but I don't think the boys could cope with my bad day being on my birthday as birthdays are supposed to be the happiest day ever.  So I made myself go out and do something as I didn't want to make it hard for the boys.

The boys bought me some lovely presents. Jay made me laugh as  he had gone shopping with two of his guy friends and chose some lovely things. 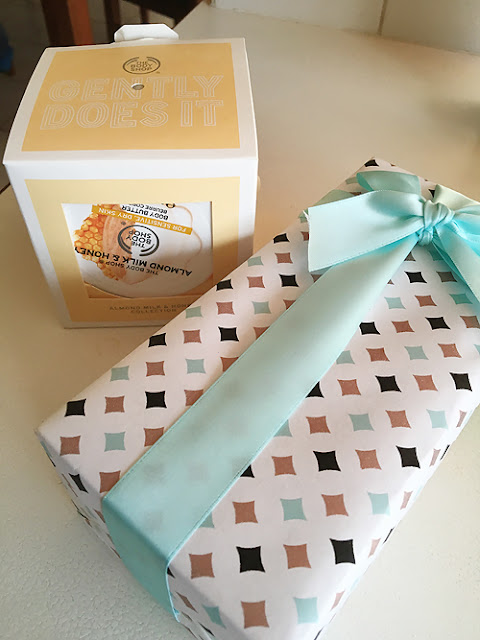 In the end I was glad I went out as being out with the boys and my friend Simone and her daughter Hallie and beautiful baby Emerson really cheered me up.  It was nice that my birthday was on a Saturday so I could spend some time with Simone. She's always the friend who is there no matter what. She doesn't expect me to put on a front if I'm having a rough day and just listens to me moan and complain. ﻿ 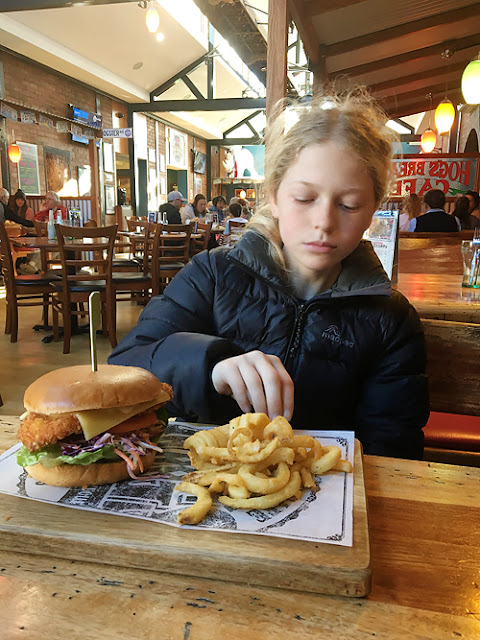 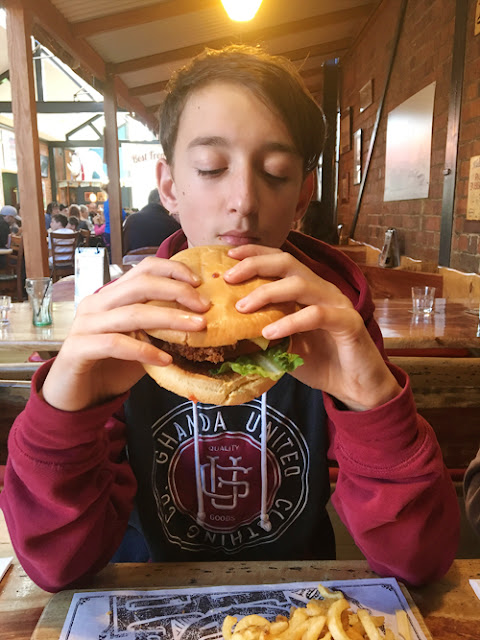 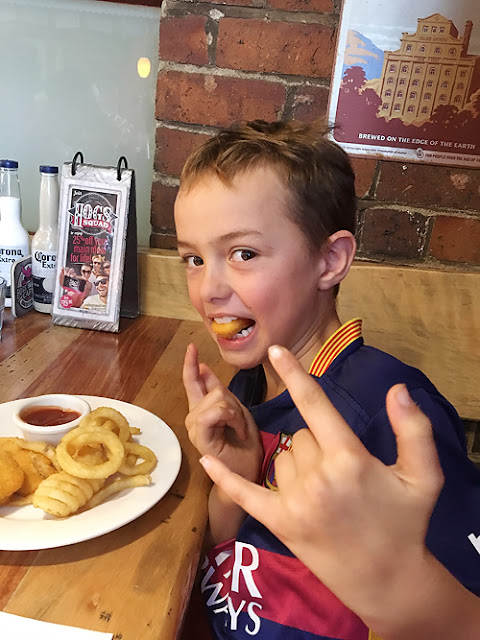 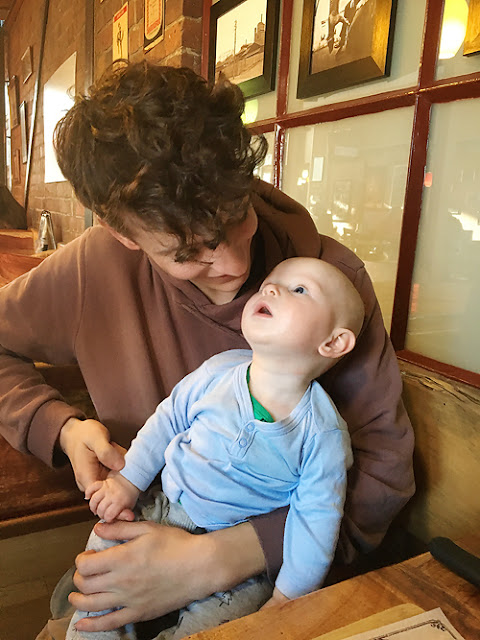 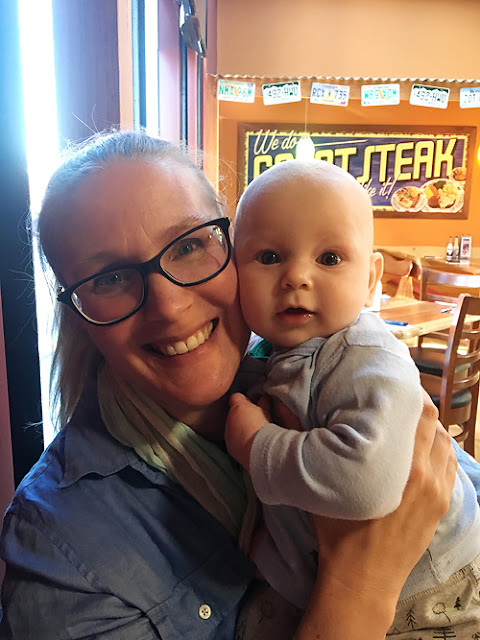 On the 26th it was my Dad's and Noah's birthday.  I was out at Exton the day before, and decided to keep driving to Deloraine so I could go to the cemetery and put some fresh flowers at Dad's grave.  I'm sure he would've loved the lillies as we used to grow them on our flower farm.  ﻿ 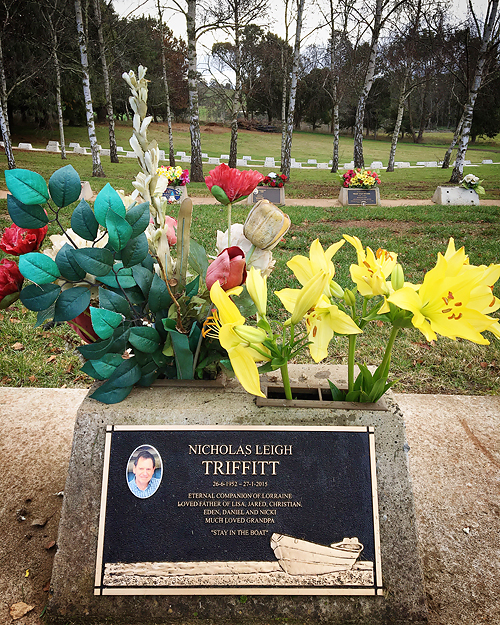 Noah would've turned 16 this year! It's hard to imagine how big he would've been if he were still here.  No doubt I wouldn't have been able to lift him anymore as I was struggling to lift him before he passed away.  His birthday was on a Monday and it was nice to be busy at school all day.

When we got home from school Simone had left some balloons in the house for us which was lovely. 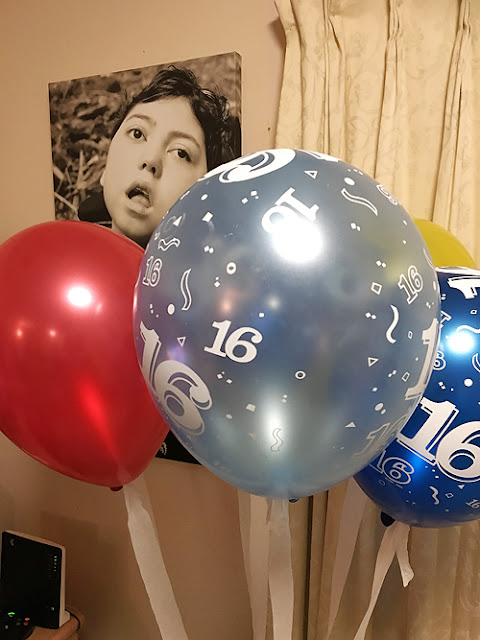 After school we got 16 balloons from the shop and let them go at the cemetery. ﻿ 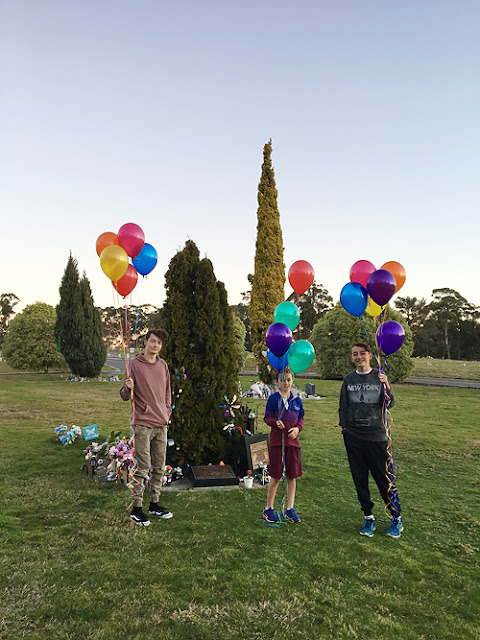 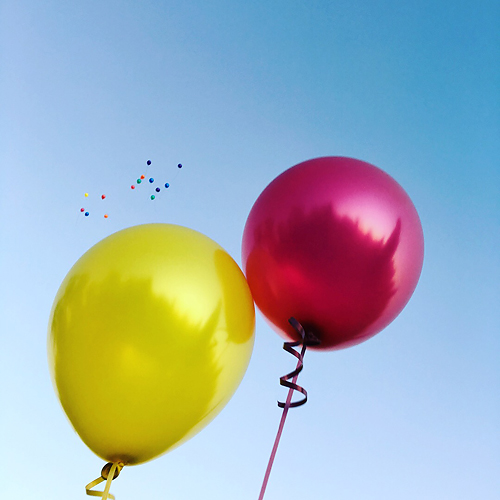 Noah's birthday wasn't as hard as I thought it would be.  For some reason I find it easier to make Noah and Aaron's birthday a celebration for the boys, rather than my own.  We miss him every day and it's actually getting hard to remember what day to day life was like when ﻿he was here. 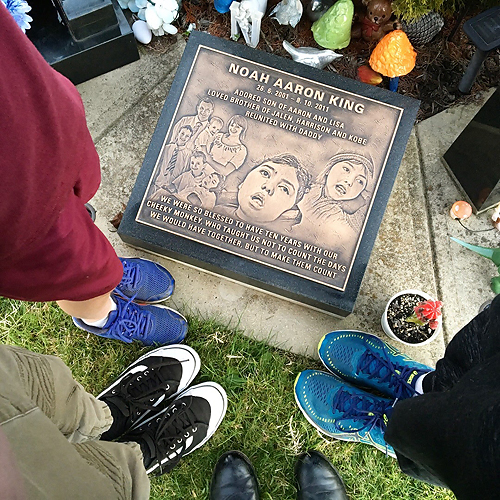 We had a quick visit at Aaron's grave before coming home to have birthday cake for Noah.  Oh how I wish he were here.  He was the one who loved to celebrate birthdays more than any kid I know.  I'm glad that the June birthdays are over for another year. 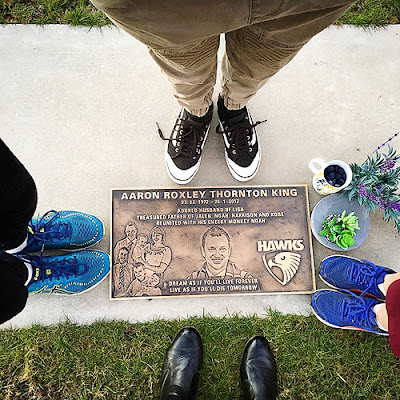 I'm still here...just. Life is just too crazy busy with teaching full time and being the boy's taxi EVERY night after work, so blogging just isn't on my mind at all anymore . It's busy in a good way, but thank goodness it's school holidays as we are all so tired and need some sleep ins and down time.  If you really want to keep up with what we are doing more regularly I'm addicted to posting my Instagram story.

This was our June...or 1 second from every day in June.  I try not to put too much sport in, but because we have something on every day it's hard not to.