On Tuesday night I remember Kobe tripping over Noah's leg or dropping something on it. I can't remember what it was,  but I just remember telling Kobe to say sorry to Noah and to give him a kiss, which he did.  I noticed that night when I changed his nappy that he was sore when I would pick up his legs, but that often happens so I didn't think anything else of it.

Yesterday after we got home from our trip to Tasmazia, Di said that Noah had a very sore leg and that whenever she touched it he would cry out.  I had a look and he was so tense and breathing really heavily like he was in pain.  He had his usual appointment with our awesome chiropractor, so I took him down and asked what she thought.  She said she thought it may be ligaments, but couldn't tell for sure and said to strap it up to give him some support.

Every time we moved him last night he cringed in agony and had a lot of extra seizures because he was stressed.  I gave him some neurofen and knew this morning when he got up and was still in agony that it was time to see the doctor. The GP had a look and feel and saw how much pain he was in, and said 'yep, pretty sure it's fractured' and said we could either get an x-ray and then plaster it, or just plaster it.  I already had a feeling he was going to say that, so I told him to just plaster it as I knew he was in so much pain that it had to be broken, and didn't want to waste time getting an x-ray, especially when he was in pain even just going over bumps while we were driving.

Luckily the break is down low, and he doesn't need as much plaster as the last time he broke his leg. 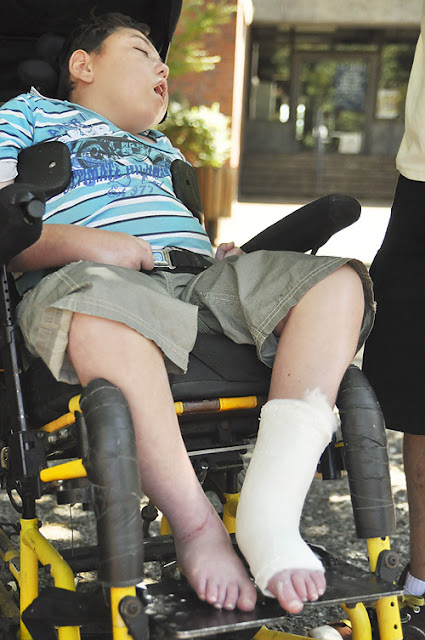 It's going to be so much easier to care for him this time while the plaster is on for a month. He won't be as hard to lift as he was last time as he has a lot less plaster on, and thank goodness we are in our new house as it means we can still shower him, even with the plaster on (we will just have to cover it with a plastic bag). Last time he didn't have a bath for more than a month, but had to have sponge baths all the time which was really hard. 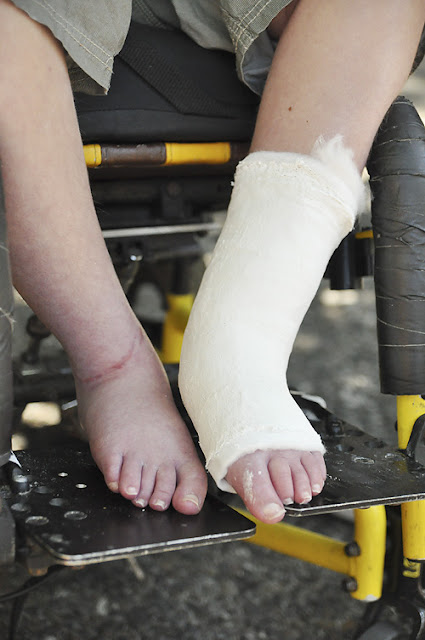 Today we were stalking the Hawks again in town (totally legit - they were there for activities and signing - we don't just walk around town stalking them!) and Sam Mitchell saw Noah and said to him 'you are always around' and Aaron said to him that today he has some bonus plaster, and Sam asked what happened, and straight away pulled out his pen and signed it for him saying 'get well soon champ!', without us even asking which was nice. 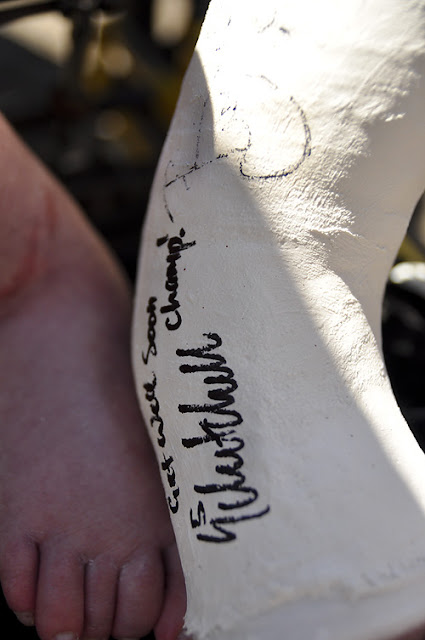 As I said to our GP today...life is never boring when Noah is around.
Posted by The Kings at 16:20