It's been a busy week with the Hawthorn boys in town for their community camps. Yesterday we went into town to see them battle it out in tug-of-war against the local firemen. 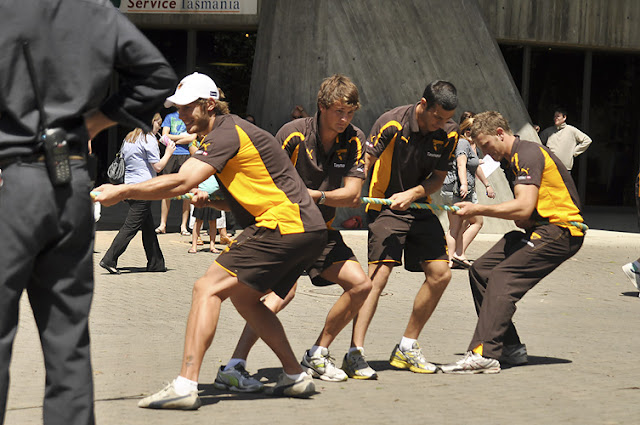 Jay was very excited to get his photo taken with his favourite player - Chance Bateman. 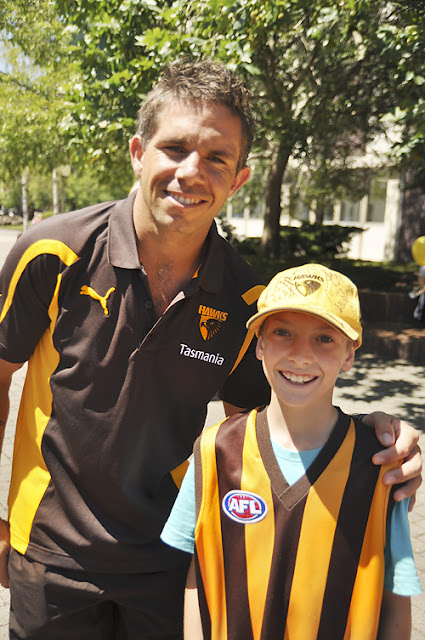 Just before we were about to leave Buddy turned up and Aaron was like a giggling school girl around him! 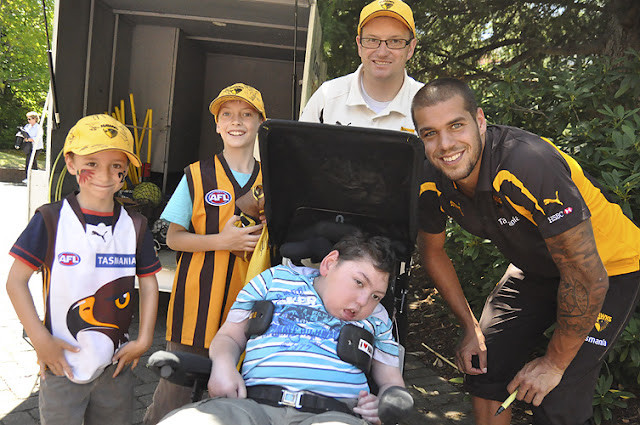 Kobe was just happy to get his face painted for the first time ever. 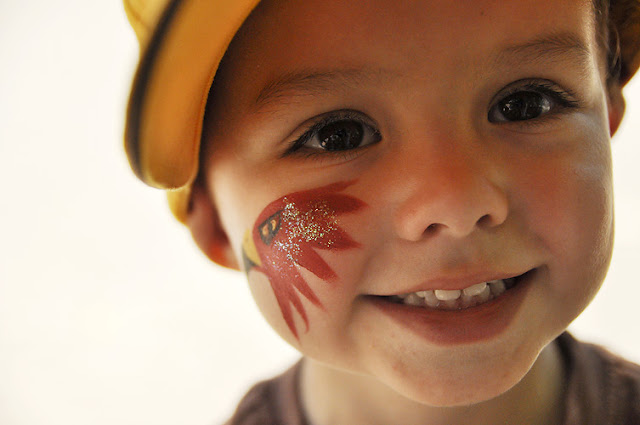 This morning we headed to Aurora Stadium to watch an intraclub match. 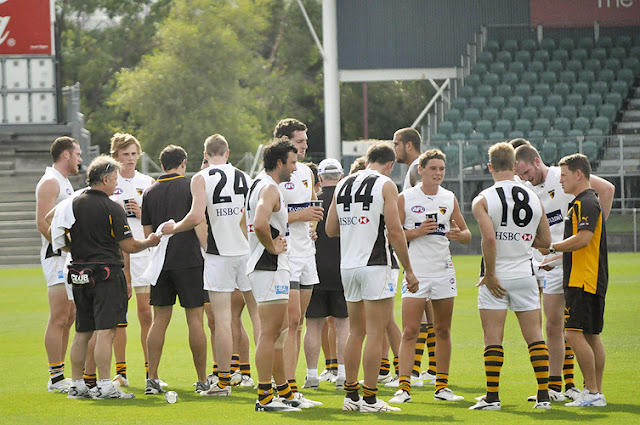 Mum, Chrish and the Watsons also came along to watch.. 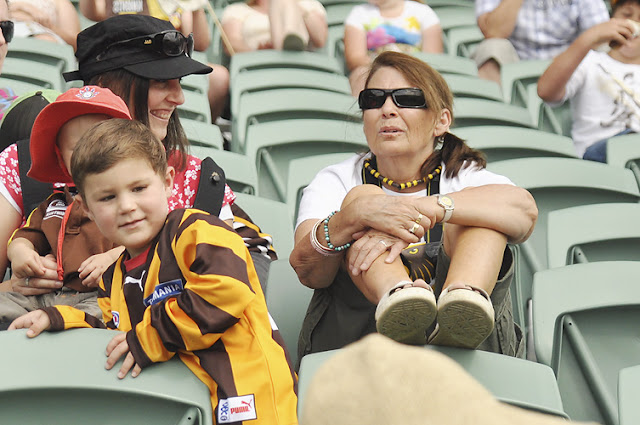 and also Alison and Joey who is visiting from New Jersey at the moment.  I'm sure Joey had no clue what was going on. 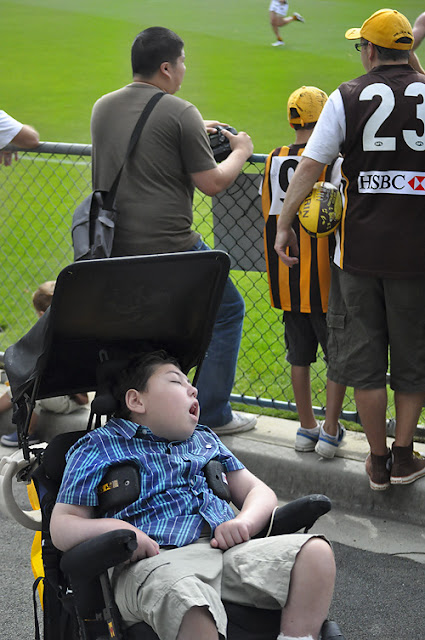 Kobe was loving seeing Hawka.  He even stopped him crying after he got hit by a football, while we were out having a kick on the ground at half time. As soon as he saw Hawka the tears stopped. 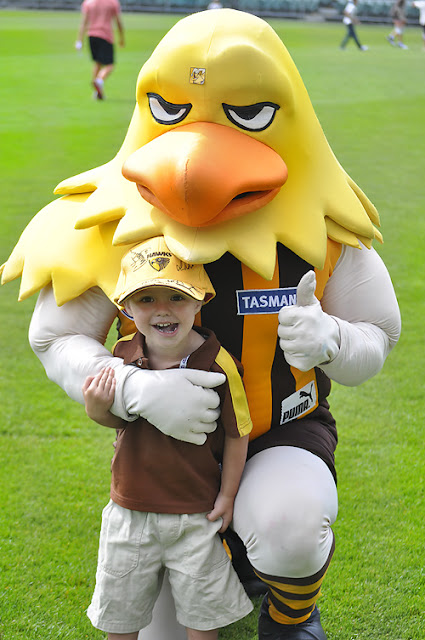 I think these big boys were happy to see Hawka just as much as Kobe was! 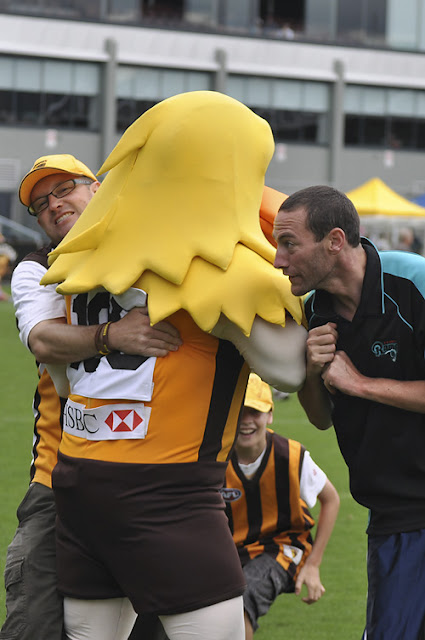 After the game the players all passed out balls to the crowd.  Jay and Kobe were both lucky enough to be given one by diffferent players who had signed their ball for them. 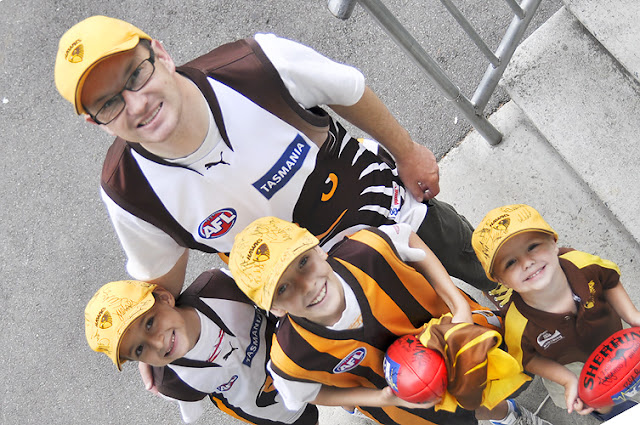 After most people had left we hung out waiting for the players to come out of the rooms. 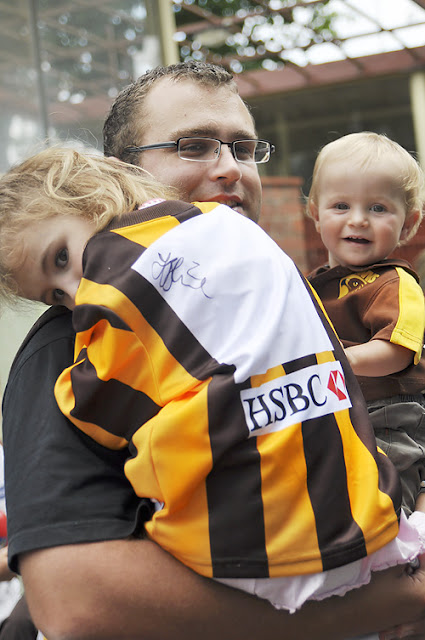 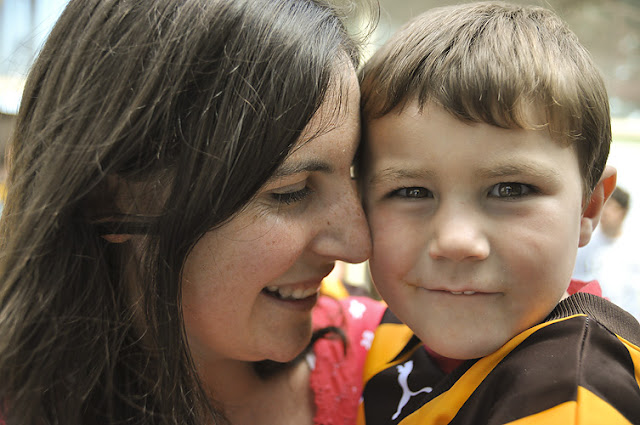 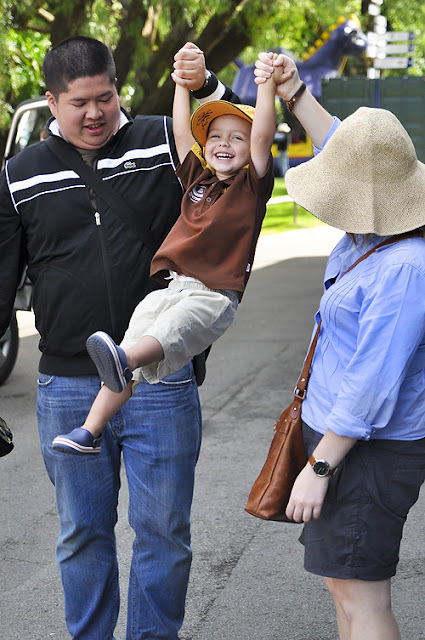 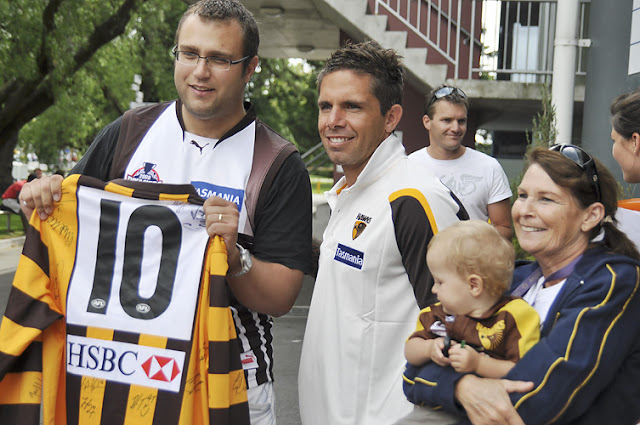 Even Chrish was excited to get his photo taken with a Hawk! Well, a coach at least! 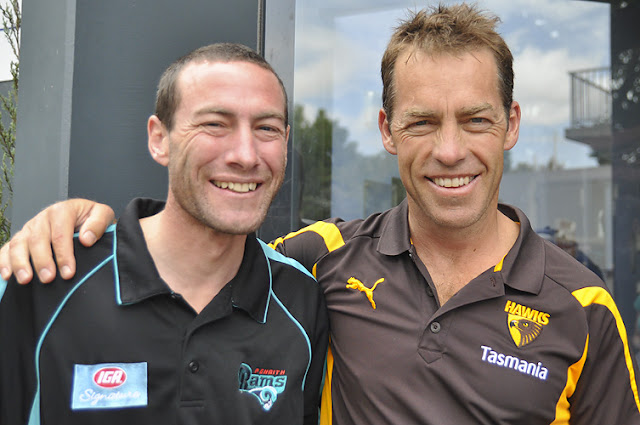 Now it really feels like footy season is upon us.
Posted by The Kings at 18:43