On Sunday night I was sounding pretty sick (but was actually feeling much better than I was the day before), so the nurses tried to talk me into going down to Emergency and telling them I wasn't well and asking if I could see a doctor, but to wait back up on the ward with Noah until a doctor was able to see me. I said I may do that and talked to Aaron on the phone about it, and he thought it was a good idea.

An hour later I get this call from him and he had this really stupid accent on (half American and very husky and sounds like Mr T from the old 'A Team; show) saying 'this is Dr Steve...the hot doctor from downstairs! I hear you have a fever? A fever for me baby! My prescription is 5 mls of hugging and 10 mls of kissing' or something like that. I was laughing so much I was crying and the nurse in the room looked at me to see if I was okay. The next day he kept ringing me back up as 'Dr Steve' and was saying all this crazy stuff. The nurses were having quite the laugh about him, especially when he would come to visit us at the hospital and put on his 'Dr Steve' act. 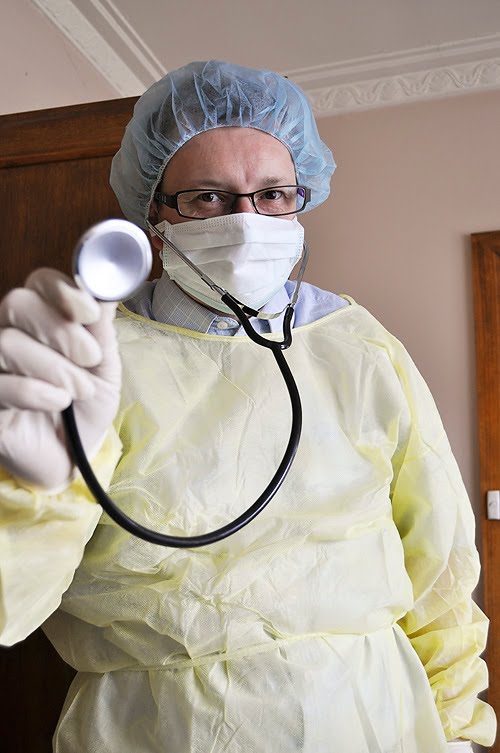 On Monday Noah had a really good day and was down to 2 litres of oxygen! Aaron puts it down to the care given to him by 'Dr Steve'! ;) On Tuesday Dr B (Noah's REAL Dr!) came in and asked me what was happening. Noah's nurse for the day said 'they're going home!' and he looks at me strange like 'yeah right!'. He asked me what I thought as he really would have let us go home if I was happy to as he knows I would only go home if I was happy with Noah and I told him I would love to, but Noah obviously still needed a bit of oxygen, so I was keen to try to wean him off the 2 litres, see how he went over night without it and hopefully go home the next day. While his doctor was in the room Noah decided to give him the full performance and needed lots of suctioning. His doctor looked at me with this smile like 'there's no way you are going home today!'. 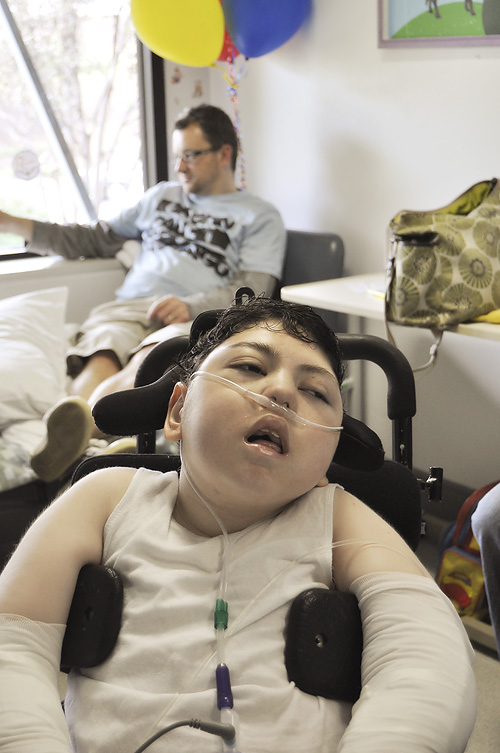 On Monday Kobe went to the gym with Simone, Jonty and Oliver in the morning, and then spent the rest of the day up at the hospital. He LOVES being at the hospital - especially as there is a lovely 'play lady' (play therapist) who loves him and keeps him entertained. The nurses put a hospital gown on him so he could go and paint with her. 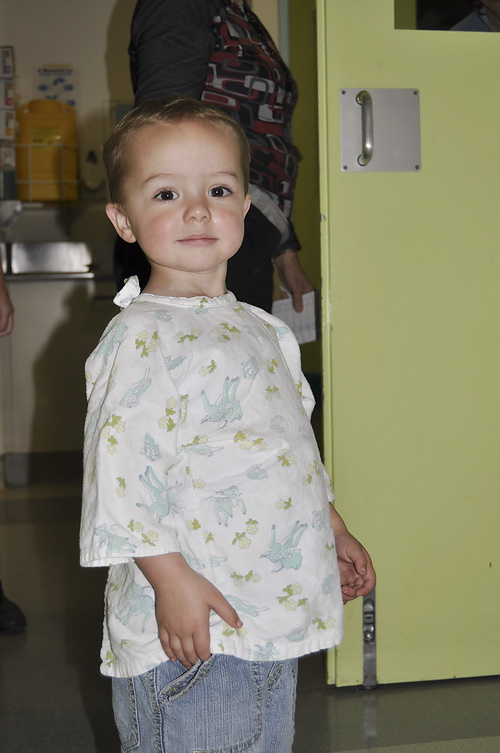 He was in heaven as I never let him do painting at home as it's just such a pain to set up and clean up. He kept wanting to do painting after painting. 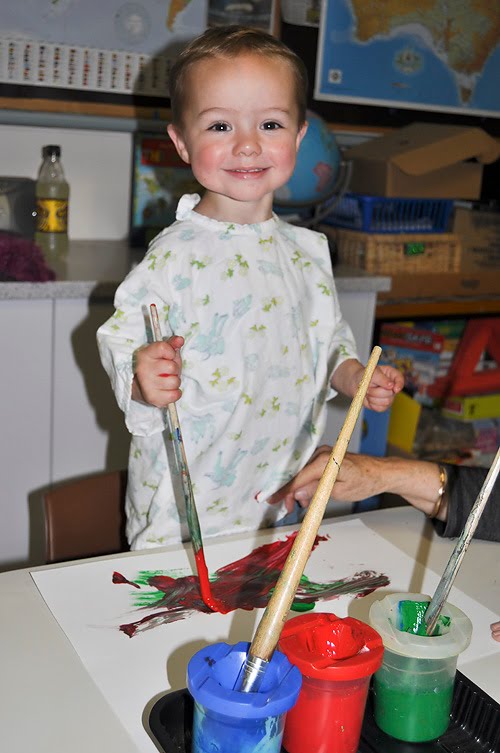 Yesterday Noah came off the oxygen and did really well. We got him up sitting in his wheelchair and his SATS were really good for a couple of hours, but then he started to look a bit tired and was very gurgly, so I knew it was time to get him back into bed. Without even thinking I lifted him up onto the bed and then realised I had pulled out his IV!! I went out and told the nurses and they were all like 'yeah sure Lisa - an accident hey!!?', thinking I had done it on purpose so we could take him home. Because it came out two hours before his next IV antibiotic dose, it meant he had to have his next dose IM (3 injections in his thigh!). The nurses weren't happy with me as none of them like giving them. Noah was actually really good though and hardly flinched. 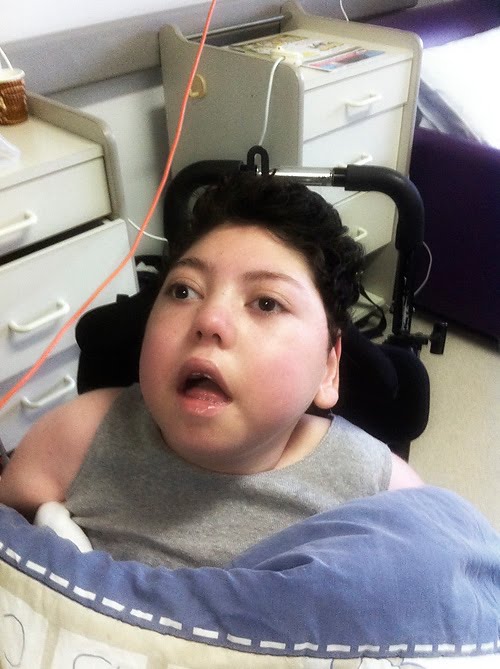 He went well overnight without the oxygen, so I knew we would be going home today :) Dr B came in and was happy for me to take him home, until I told him that we needed to get home as we are moving on Saturday. He then goes 'do you want to leave him here, so it's easier for you to move!?' and he was totally serious! I know he was trying to make our life easier, but I told him there was no way I could leave him unless someone we knew was with him the whole time. He laughed and asked if I didn't trust the nurses, and I told him it wasn't that at all, but he just needs someone the whole time to suction him when needed and be with him to keep him company and that I would worry about him and miss him. He said he understood and said the offer was there and said 'are you just going to stick him in the back room while you pack!?'. He is a funny man.

After getting his arm bandaged up (Noah seems to be allergic to something they used after putting the IV in and blistered and looks terrible), we quickly escaped before they changed their minds! The nurses said if his arm gets worse we will have to take him in and I quickly said 'just for a visit!'. 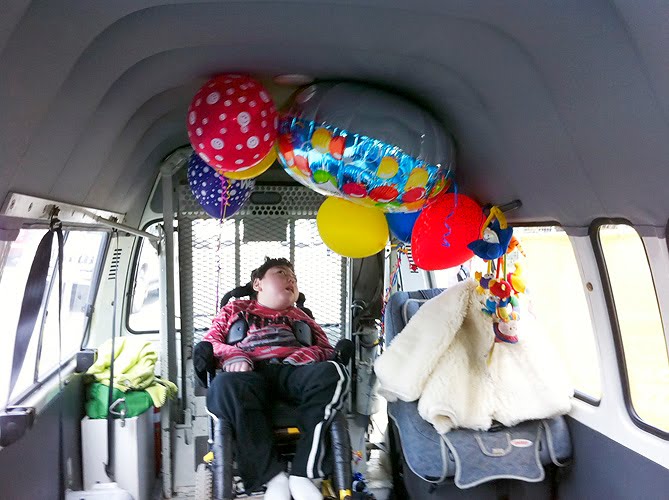 Kobe is really going to miss the hospital. Every time we drive past the hospital without stopping to go in he starts crying. His favourite thing to do it to stop at every spot that has a bacterial handwash on the wall and give himself some. 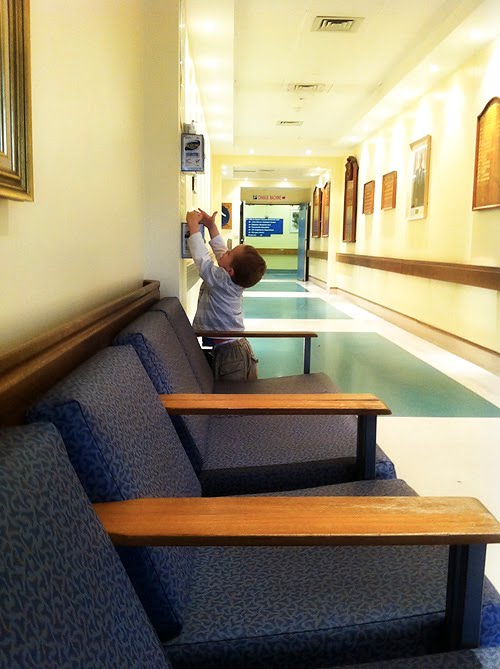 Lucky for Noah, 'Dr Steve' did a house call this afternoon to see how he was doing. Hopefully with 'Dr Steve' in the house we can stay out of hospital a lot longer than the last time. 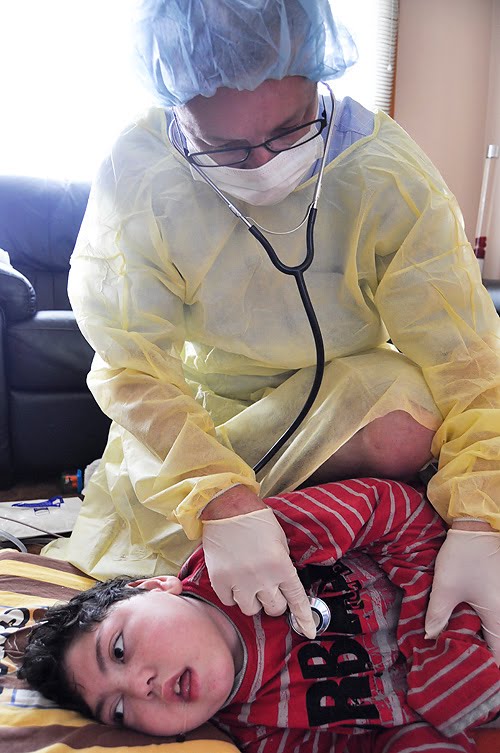