During the week I was interviewed via Skype by the lovely Sarah at The Space In Between for Mindfood magazine.    The story includes three people including myself, and is about grief, loss and love, and where that love goes when your partner passes away.   Sarah is also a counsellor so it was lovely to talk to her and to know that she understood where I was coming from.

She gave me the option to pass on a question if it was too hard to talk about, but I told her that I didn't mind talking about anything.   She said that a lot of people obviously talk about Aaron's death, but she wanted to hear about how we met, and fell in love before we talked about what it's been like since he passed away. 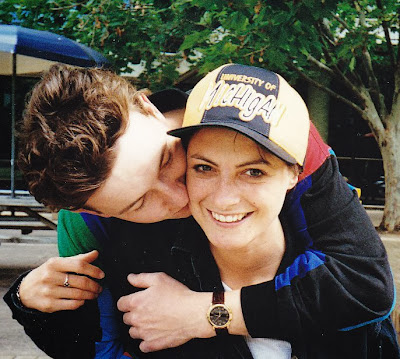 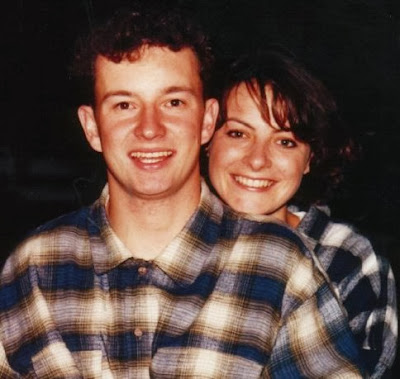 She asked about our life when we were first married, and how long it was before we had Jalen.  I talked about how that time in our life was a lot of fun.  We were very poor Uni students at the time, but we loved just being together.  I told her how young we were when we got married (I was 21 and Aaron was 22) but at the time we just thought we were so grown up and mature.  I don't regret at all getting married so young though. 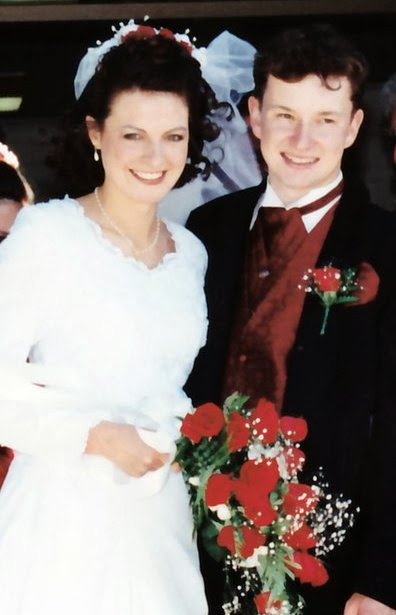 Sarah then asked about what our relationship was like once kids came along, and how it changed with Noah's birth. Our priority was no longer our relationship, as we focused on Jay and Noah and just tried to get through each day with a baby who screamed day and night, and needed a lot of medical care.  For many years all we could think about was that Noah was going to pass away one day.

Just after Noah was born I heard a comment from someone who said that most couples who have a child with a disability end up splitting up.  I was so angry when they said it and couldn't believe that they even said it to me, but it actually made me determined to prove them wrong.

Aaron and I grew to be best friends which is what I think got us through many hard years.  There wasn't a lot of time for each other, but our relationship grew stronger as we learnt to rely on each other more than we ever had before.  As Noah got older we realised that we needed to make more of an effort on our relationship as a couple, and we would take up the offer of babysitting whenever we could, so we could get out on our own. 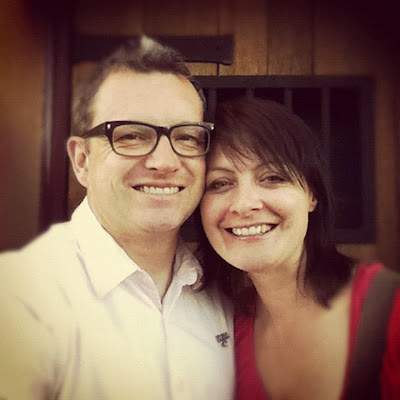 Of course no relationship is perfect.  We loved each other, but there were times when I just wanted to kill him, and I'm sure he felt the same :)  We loved to stir each other and despite lots of hard and stressful years with caring for Noah, we also had so much fun together. 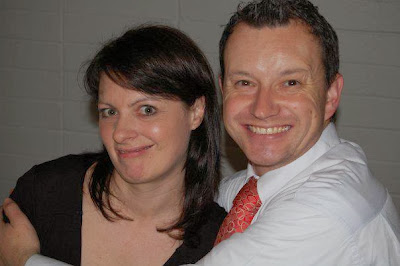 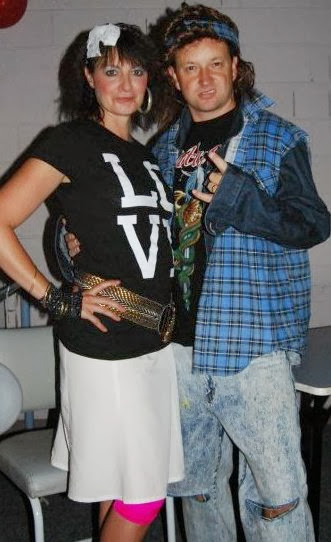 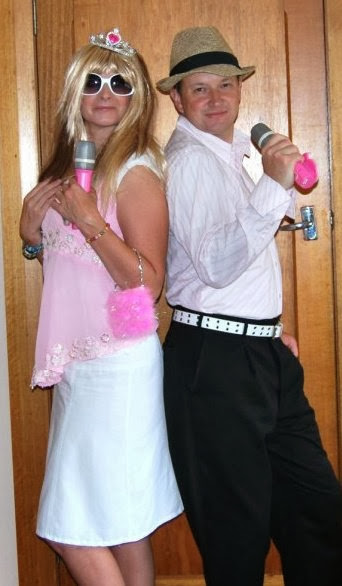 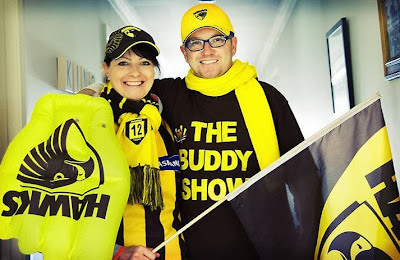 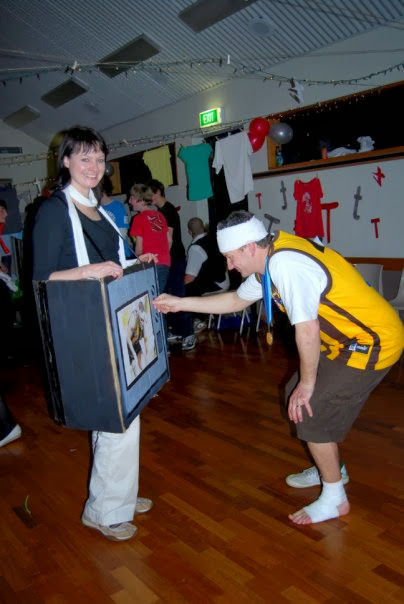 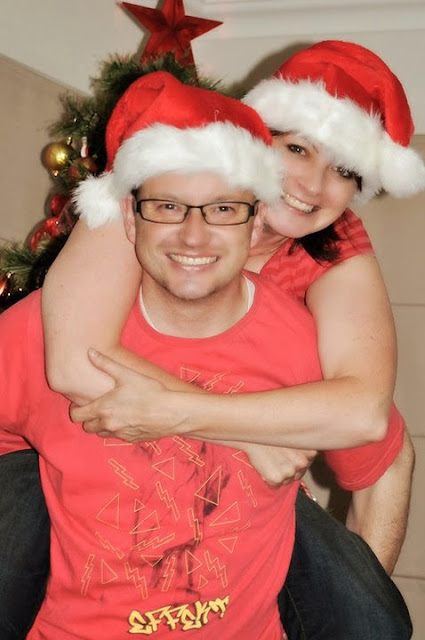 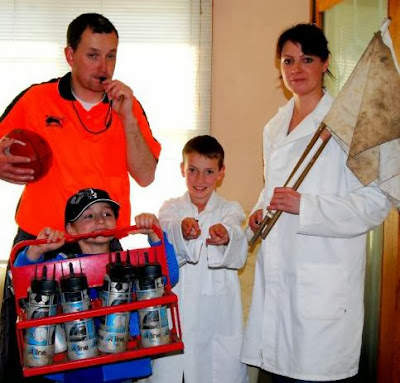 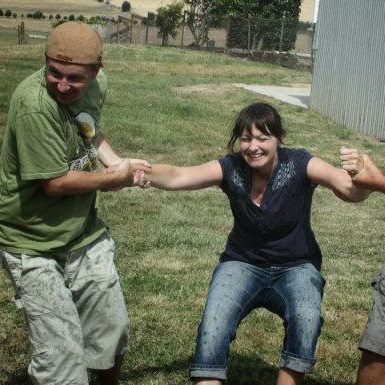 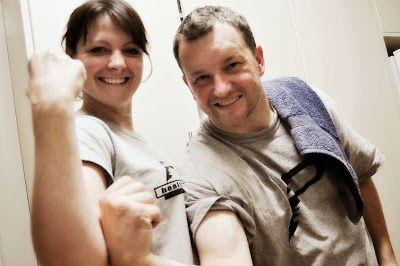 Sarah asked me about the love I have for Aaron now that he has passed away, and whether I had ever considered having another relationship.  I was more than happy to talk about it, because it's a huge pressure that I feel from other people.

I have heard many comments about 'moving on' and getting remarried.  I'm not sure how you are meant to 'move on' from loving someone, especially when you were with them for seventeen years.  I really don't know how you are supposed to 'move on' when you are grieving for your best friend, eternal companion and father of your children.   I think that if I had 'moved on' already it wouldn't say very much at all about the relationship that Aaron and I had together. 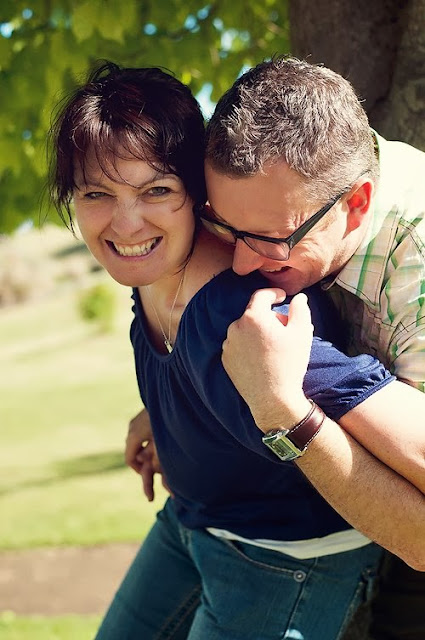 I had someone ask why I wasn't interested in someone else.  The reason is that I'm married.  I'm married to Aaron.  He isn't here, but he is my husband and always will be.  To people who can't understand it, I could only explain it to them in that you know how much you love your partner.  Could you imagine having a relationship with someone else right now, even though you're married to your partner?  That's exactly how it feels.  I am married and in love with Aaron more than ever, so there is no way I can think about having another relationship.  I feel him around at different times, so it's not like he's really gone.  I know he's not gone.  He's gone physically and we can't see him, but we feel him and his influence around all the time. 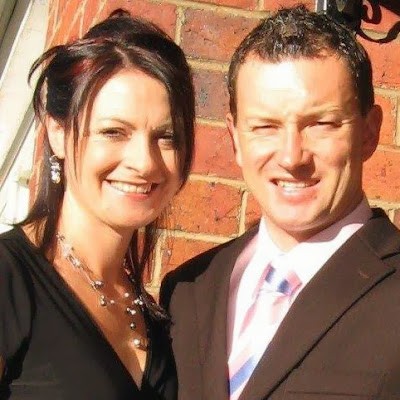 The thing that gets to me the most is that I don't know WHY people feel like I have to move on.    I don't want to move on.  Aaron is my eternal companion and I know I will be with him again one day.  We believe that when we get married we are married forever.  FOREVER.  I don't want to fill in time with someone else until we are together again.  I'm lonely, but I'm not lonely for another relationship.  I'm lonely for Aaron. No one else could ever live up to the relationship that we had together. 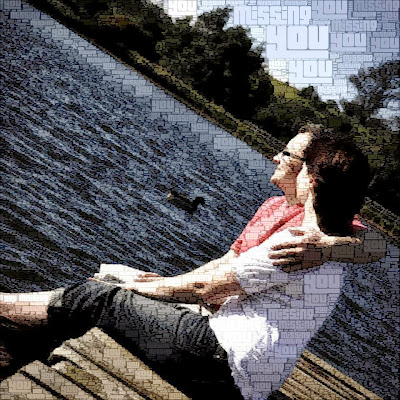 I'm more in love with Aaron than I ever was before.   I know he isn't here, and I know I'm going to be alone for a long time before we are together again, and that's okay. Sarah talked to me about how people often feel like they have to 'fix' things, even if there is nothing to be fixed.  I'm okay.  I don't need fixing.  Aaron and I didn't break up.  He died.   When he died a piece of me died too, and it won't be fixed until we are together again.

I hate that Aaron isn't here, but I don't feel like I need to have a man in my life to make it complete.  Aaron made it complete, and we will be together again one day.   In the mean time I will forever have a hole in my life, but it's okay.  I would rather spend the next fifty years being single, than to settle for someone else, just to fill in time. 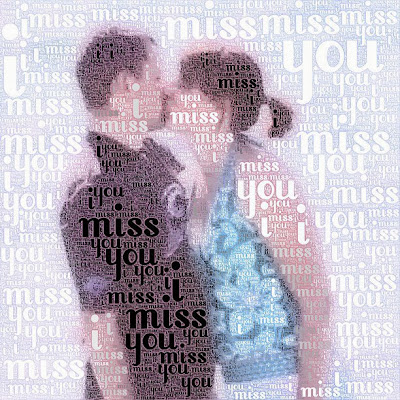 I know that there will be many people reading this thinking that it's sad that I don't want to 'move on'.  If one of my friends were in the same situation as myself, I would be so sad and heart broken for them and would wish them lots of happiness in their future.  But happiness doesn't necessarily mean another relationship.

No one can really understand what it's like unless you have been in the same situation.  I know many people get remarried, and that's okay too.   But moving on is not something I want to do, or feel like I have to do. I feel like I need to learn to cope and live without him until we are together again, but that doesn't mean having another relationship.    I laugh with Jalen about how Aaron used to always make jokes about if either of us died.  He used to always say things like 'you could never get remarried anyway as no one would put up with you' or 'you couldn't find anyone as hot as me anyway'.  I miss his silly jokes so much. 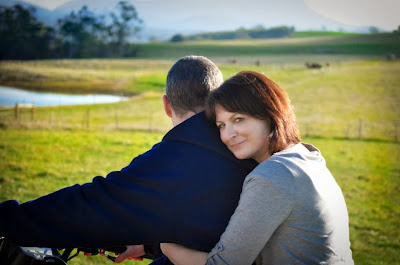 I would be terribly surprised if I look back in ten or twenty years and am remarried, because that's not at all what I want or go looking for.   Sarah said how people want a 'happy ending' and for most people that would seeing me getting remarried.  But my happy ending can, and hopefully will be that I lived many years without Aaron, but learnt to deal with it the best that I know how, and came out the other end okay. 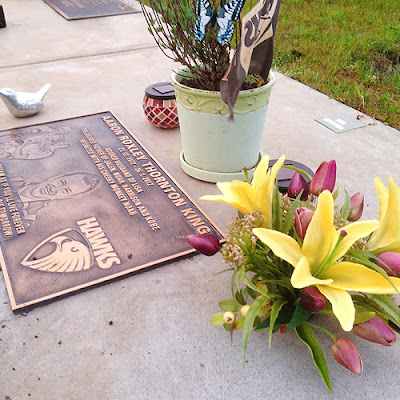