Some Would Ask Why I Stand

A little while ago I got a private message on Instagram from a lady named Ashlee. She asked me if I was interested in writing a guest post on her blog which is called 'The Moments We Stand'. 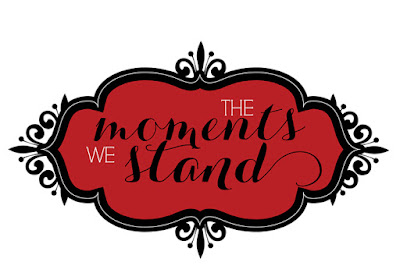 I hadn't heard of her or her blog before so I checked it out and saw that she had an amazing story.  She became a widow when she was 28 when her husband was murdered.   She only found out after he was murdered that he had been having an affair.  She was left behind with 5 children and had to learn to stand again (hence the name of her blog).

She has since remarried and has written two books (which I just ordered and am looking forward to reading).  I have so many people tell me that I should write a book and go between thinking it would be a good thing to do, to wondering if I could ever find the emotional and physical energy to do it, to thinking it's a crazy idea and wondering how and if I could ever get it published or if anyone would even be interested in it.   Maybe one day.

In the meantime I'm happy to share our story on here and to do guest posts on other blogs.   My post on Ashlee's blog is up on her blog here.  Thank you for asking me to share my story.  It's always good therapy to share it.
Posted by The Kings at 15:18