It's been a lovely couple of weeks after being awarded the Tasmanian Barnados Mother of the Year national finalist and at first we were on a little high, but it has surprised me as to how it has brought the grief back into the front of my mind.  Three and a half years later grief still hits without warning.

It has been nice to be able to share 'our story' again as I have been interviewed many times over the last couple of weeks, but it has really hit me again how crappy things really are, and all the feelings that I just after Aaron and Noah passed away have been coming back to me.  We are doing 'well'  and so much better than we were just over three years ago, but I'd give anything to just go back to how things were in mid 2011. 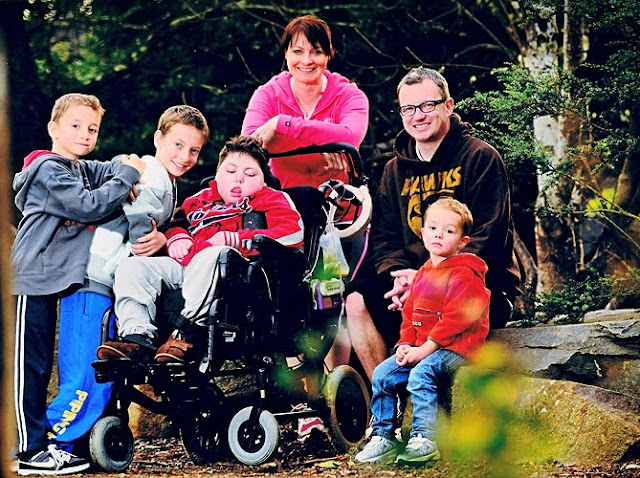 Last week I had an interview and shared a lot about my life before Aaron and Noah passed away.   It was lovely to talk about them, but it really hit me how much I miss Noah.   Now we get so busy with work and school and just living, that I often 'forget' what life was like when Noah was alive.

It's crazy that I spent ten years of caring for Noah and trying to keep him as happy and healthy as possible, and that just a few years later I hardly think about giving medications all day, suctioning, dealing with seizures, going to appointments or doing physio.  I guess that the good thing is that instead of thinking about all those hard things, I still think about what a blessing that it was to have Noah in our family, and will never forget the way he made me feel even though he never said a word.

Since talking about Noah a lot again over the past couple of weeks, I have been dreaming about him and it's nice to feel like he's close, but I have also been feeling really sad for the past few days. 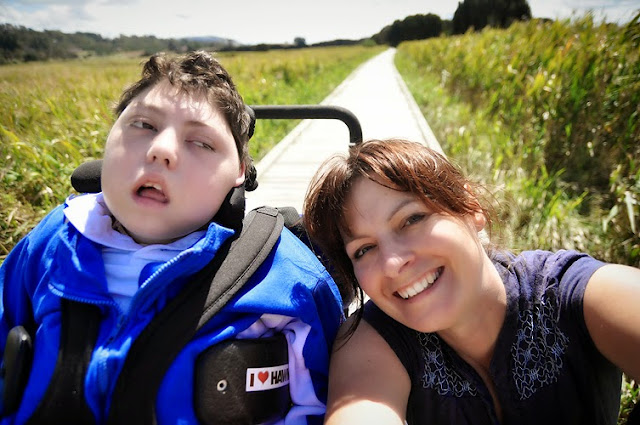 In the interview I shared how we really felt at peace when Noah passed away because he had let us know that he was ready, but it doesn't stop you wishing that things were different. 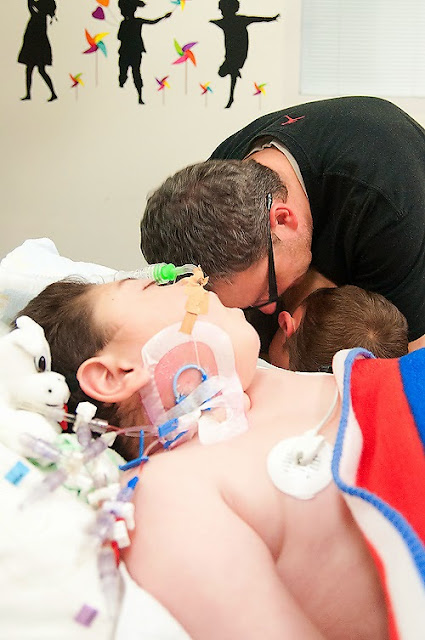 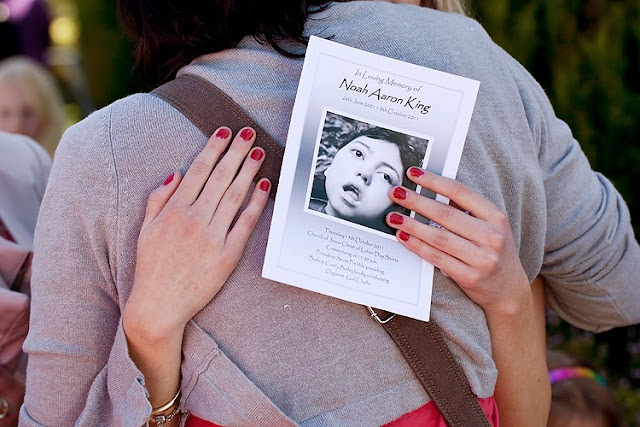 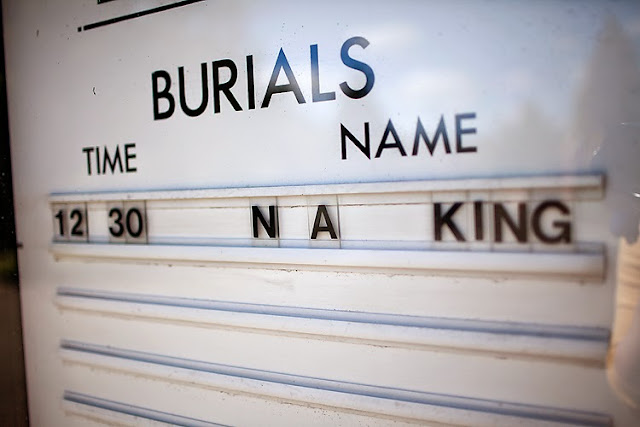 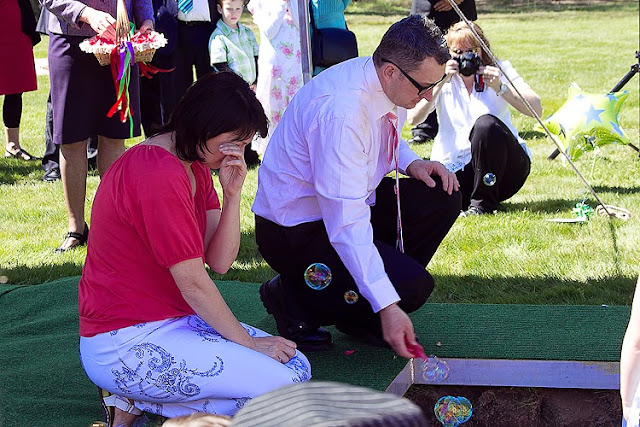 It's easy to see that we were blessed with Noah because we were given many more years with him, than the doctors ever thought, but it's still so hard to understand why Aaron had to go too.   I get through by trying to see the blessings that we have every day and there are many, but I don't know if these blessings will ever make up for not having him here with us. 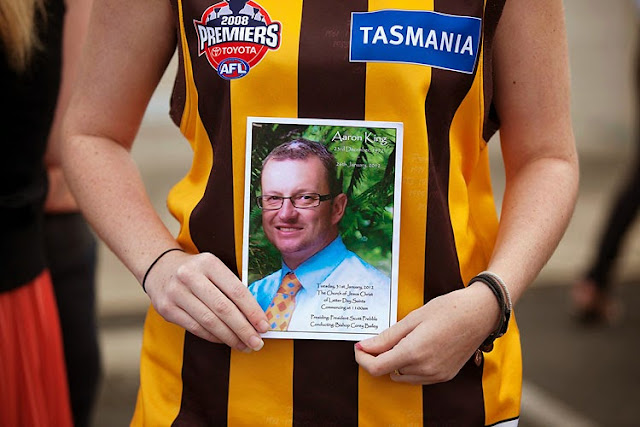 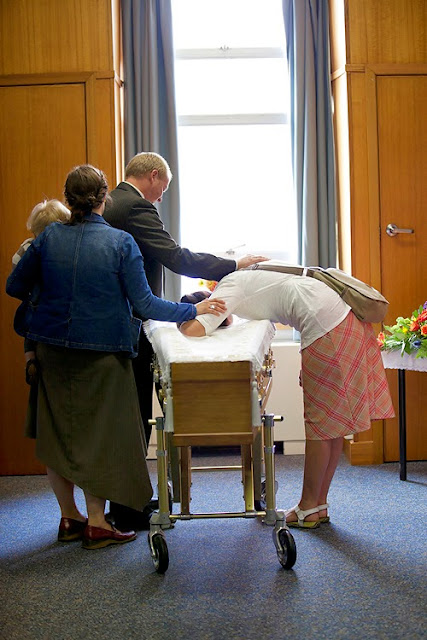 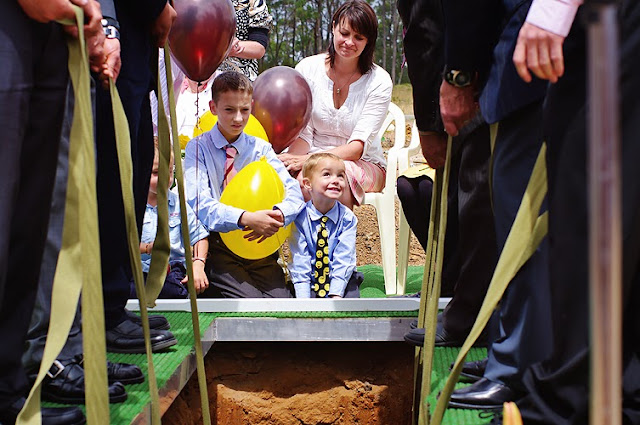 In my latest interview I was asked about where I feel I am going.  I didn't have an answer for that.  I have no idea where I'm going or what the future will bring.  I have no desire to get remarried,  and I hate to think too far into the future because it's too scary, so I continue to just take each day at a time and to make each day count, because you just don't know what is around the corner.

It's lovely to feel so much support from so many people and especially my local community, and it has given me a boost to know that so many people are wishing us well, whether or not I am given the national award when I go to Sydney later this week.  But I also feel so sad to know why I am going, because I have no doubt that I wouldn't be going if Aaron was still alive.  I just hope that I am making him proud. 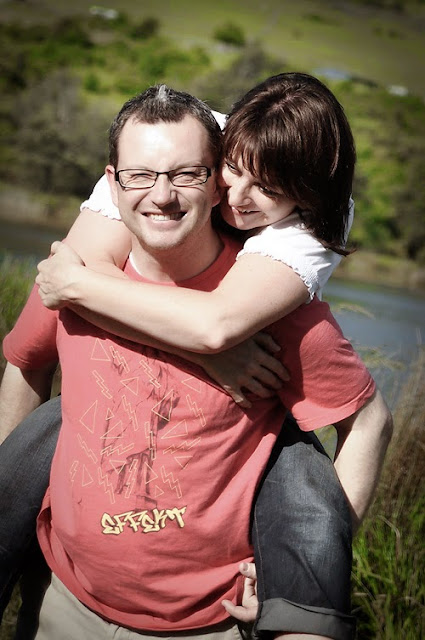